NRCSE certification: Silver Award.
We are proud to be part of the UK’s national network of supplementary schools. The National Resource Centre for Supplementary Education (NRCSE) awarded us its Silver Award in June 2017.
In 2017, the Petite École de Reigate was once again inspected by Pascale Vassie, Director of the NRCSE. This inspection was followed by a presentation of the pedagogical aspects of the school at the NRCSE offices in London. At the end of this inspection, the school received a “Silver Award“. Despite its very young age, the Petite École de Reigate is only the third FLAM school to receive this award in the United Kingdom (out of 53 schools).

We are proud of all the work we have done to get there. And we would like to thank all the staff. NRCSE's comments to staff were very positive and encouraging. Congratulations to the whole team for a great job! 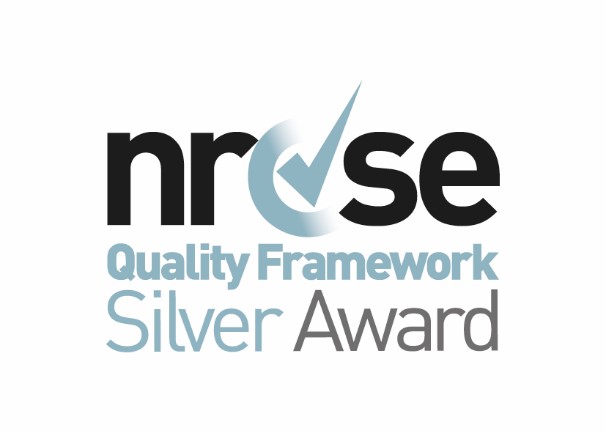 For more information about the NRCSE, the only national body responsible for’additional schools’, visit their website: https://www.supplementaryeducation.org.uk
Excerpts from the 2017 NRCSE inspection report:
– Excellent environment, well-equipped.
– I was particularly impressed with the children’s commitment to their language development.
– The children were audibly taking responsibility for their own learning.
– The classes were rigorous and fun. The lessons well planned with an excellent use of various resources.
– Parents were clearly engaged in the development of the school and committed to supporting the teachers.
– Excellent procedures for keeping children safe and ensuring an effective learning environment.

La Petite École de Reigate is a member of the Parapluie FLAM Association, which networks some forty FLAM structures in the United Kingdom. It is a valuable source of information, advice, resources and training.
The president of the Parapluie FLAM Joëlle Simpson visited us during the 2017 end of year show and testified:

First of all a big thank you for these warm moments spent in Reigate on Saturday. They made me realize how far I have come since the early days of the first Little Schools! Frankly, I could have found myself in an already well-established association: Reigate seems to me to be becoming a pearl in the setting of the region it serves! Congratulations to the whole team.

This website uses cookies to improve your experience while you navigate through the website. Out of these cookies, the cookies that are categorized as necessary are stored on your browser as they are essential for the working of basic functionalities of the website. We also use third-party cookies that help us analyze and understand how you use this website. These cookies will be stored in your browser only with your consent. You also have the option to opt-out of these cookies. But opting out of some of these cookies may have an effect on your browsing experience.
Necessary Always Enabled
Necessary cookies are absolutely essential for the website to function properly. This category only includes cookies that ensures basic functionalities and security features of the website. These cookies do not store any personal information.
Non-necessary
Any cookies that may not be particularly necessary for the website to function and is used specifically to collect user personal data via analytics, ads, other embedded contents are termed as non-necessary cookies. It is mandatory to procure user consent prior to running these cookies on your website.
SAVE & ACCEPT